This may very well be the silliest Lost in Space episode of all time—and once seen, "The Great Vegetable Rebellion" can never be forgotten. The Jupiter 2 is travelling through space. On board, the Robinson party is celebrating the Robot's birthday. Dr. Smith decides to take the space pod down to a planet that they are passing to get him some flowers as a birthday gift. In so doing, Smith incurs the wrath of Tybo (Stanley Adams) a giant carrot who represents a race of highly intelligent (and very hostile) plants. As punishment for Smith's infraction, Tybo decides to transform the Robinsons into an assortment of plant life.

Professor Robinson and Major West thwart his plan by sabotaging the environmental system that keeps Tybo's greenhouse suitable for plants, and the Robinsons manage to escape from the planet in the Jupiter 2.

The genesis of The Great Vegetable Rebellion was a script submission by Peter Packer, his twenty-third and last script for the series (he also co-wrote The Derelict"). Titled "Carnival in Space" and dated October 18 1967, this early version harks back to "The Dream Monster," an earlier Packer effort. A rogue alien botanist named Tybo freezes his partner Branko so he can steal the Robinsons' emotions-this time to give to an alien plant instead of Raddion. In a delightful interview conducted with Jonathan Harris several years before his death, Jonathan recalled Packer showing up at Jonathan's dressing room, hiding a copy of the script behind his back, ashamed to show it to him. As Jonathan snatched the script from Peter's hands and began to read it, Packer prefaced by saying, "I didn't have another damned idea in my head!"

In the early version-actually, in a hand-written note hastily added to the script's border-Tybo's appearance was described as "high-domed." This indicates that, before he was a carrot, Tybo was a Megazor-type creature with a bubble headed latex appliance first used in the unaired pilot and later in "Invaders From the Fifth Dimension," Time Tunnel and later, "Man From the 25th Century."

The episode opening as planned would have been spectacular by third season standards, with John, Maureen and Penny traveling in the Chariot, trapped in a whirlpool. Packer had obviously seen the whirlpool scene in the unaired pilot and planned to re-use some of it here, tinted blue or green and interspersed with new footage of the three Robinsons struggling to survive this natural disaster and return to shore. They do of course survive, only to eventually be teleported to Tybo's laboratory/greenhouse, where the evil botanist plans to drain their emotions by putting them through a series of severe physical trials to release these emotions, climaxing with several encounters with Tybo's "swamp monster."

As all this is occurring, the robot, who, according to Tybo lacks emotions and is no use to him, has been left alone on the Jupiter 2 in the middle of his birthday party. He goes through a (badly-written) voyage of self-discovery when he realizes he is only programmed to answer, not ask questions, which somehow has led to the Robinsons' current predicament. The mechanical man, chattering nonsense all the while, literally spills his guts, taking his interior units out and re-assembling himself in an effort to correct this programming problem and give himself 'the power to ask' and save his family. In doing so he accidentally shuts down his defense mechanisms, which he is going to need if he intends to fly the Space Pod and rescue the Robinsons, Don and Smith from Tybo's clutches!

The swamp monster in this version (which survives into the aired episode to menace Will and Judy) is a mutated "banana-squash" creature which is quickly dispatched by the robot when Will re-activates his firing mechanism. Branka re-appears to "freeze" Tybo with an alien weapon, and the family is saved, ending the story. This initial draft, in its present form, was not the most exciting of adventures, but Irwin saw potential, bought the idea, and hastily ordered revisions-very special revisions.

Thanks to Joel Eisner's excellent Lost in Space Forever book we are treated to a rare look at how Irwin Allen's mind worked and his often-complicated thought processes during the creation of an hour-long television show. Ratings for Lost in Space had dropped during its third and final season, and the producers-especially Irwin-wanted them back up again.He was hard at work on his two newest ideas, Land of the Giants and Man From the 25th Century, but Irwin still showed up often on the sets of his two series (Space and Voyage to the Bottom of the Sea) to offer suggestions, give commands, or settle a dispute.

In Allen's mind his plan was foolproof. Since television began, a ratings slip was a sure sign a new character needed to be added to the show (shows like I Dream of Jeannie, Bewitched and the Brady Bunch are prime examples). Irwin had in mind the perfect addition to the Jupiter 2 crew-a giant purple female giraffe! One wonders how long it took for Irwin to realize this was impractical to say the least, as the only way a full-grown giraffe could travel through space with the Robinsons was to leave the bubble open on top of the spaceship to make room for her long neck! His next brainstorm-a male telepathic kangaroo with a British accent, also purple. This idea was soon discarded as well. since these animals are hard to work with on camera, and Irwin had had enough problems with angry ostriches in the pilot film and a chimp who was prone to biting the stars of the show and their relatives who visited the set during the first two seasons of Lost in Space. Perhaps his latest idea, a telepathic llama named Willoughby would do the trick.

The revisions to the Carnival in Space script began in earnest, and scenes with Willoughby were inserted. The character of Branka was eliminated and Tybo was changed from a Megazor-type visitor to the planet of the plants into a vegetable denizen of the world-a carrot man. Although some have claimed a potato costume was discussed in an early script incarnation, no evidence exists to support this claim. When I had the good fortune to interview Adams years later he told me "it was always carrots." The illogical title "Carnival in Space" was changed to "The Great Vegetable Rebellion" and shooting was ready to begin with the hope that this episode would revitalize the series and restore it to its former greatness. But if Irwin Allen thought his problems were over he was in for a rude surprise.... 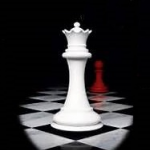 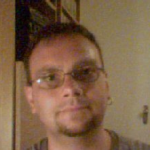 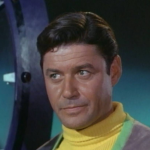